The competition was launched in November 2017, when the challenges were announced and a kit of electronics was given to each competing team. The teams then had four months to design, build and program an autonomous robot to achieve the challenges, using a vision system to recognise markers. The competition was held at Hills Road Sixth Form College during the weekend, using a custom built arena provided by the fit out and design company COEL. The competition consisted of two days of competitive rounds, pitching four robots at a time to locate and retrieve marked cubes, culminating in the finals on Sunday. 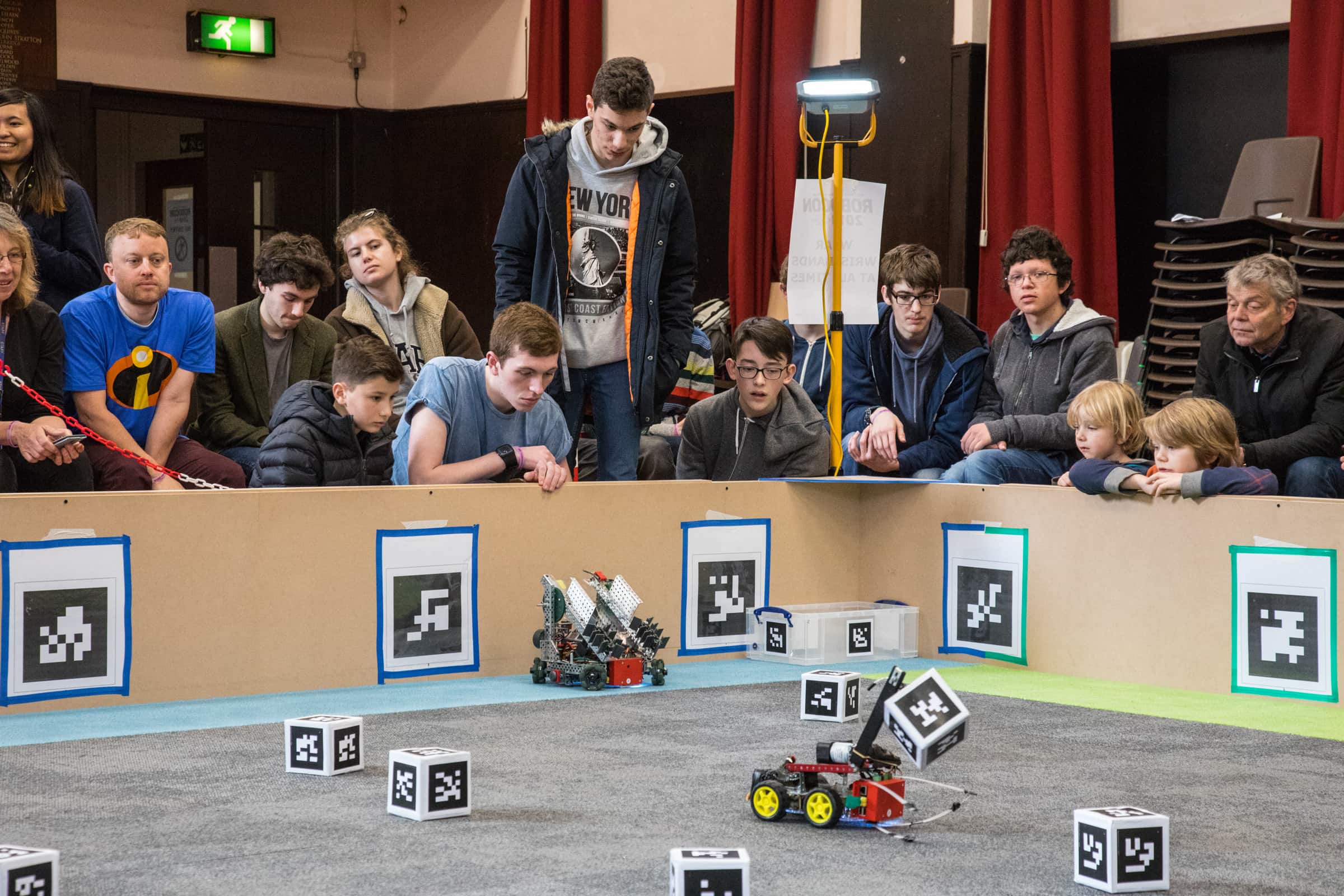 The competition was judged by some of the biggest names in robotics engineering, including Jeffrey Temple- Head from Aurora Space, Carmelo D’Agostino from ARM Holdings, and Dr Ross Henrywood from Cambridge Medical Robotics.

David Massey, leader of Hills Road Robotics Group, stated “We started planning this competition in October 2017, when we learned that the robotics competition we were planning to enter (Student Robotics) was having a hiatus for a year.

"With the help of Cheffins’ sponsorship, we were able to design a set of electronics to allow other teams to build an autonomous robot and to invent a suitable competition for them to enter. We launched RoboCon 2018 in November 2017 and had 12 teams sign up for the competition. In the ensuing months, four teams withdrew and we ended up with eight successful teams who came to the competition in April.

“All of the teams seemed to enjoy the event and it was great to see the various approaches taken to solving the problem we set. The competition was fierce and all of the robots improved during the practice rounds leading to a tense and exciting finale to the competition. All of the teams showed ingenuity and enthusiasm and we could not have asked for a better conclusion to our efforts. To cap it all, our robot managed to win the competition overall, although any of the teams in the final could have taken the prize.” 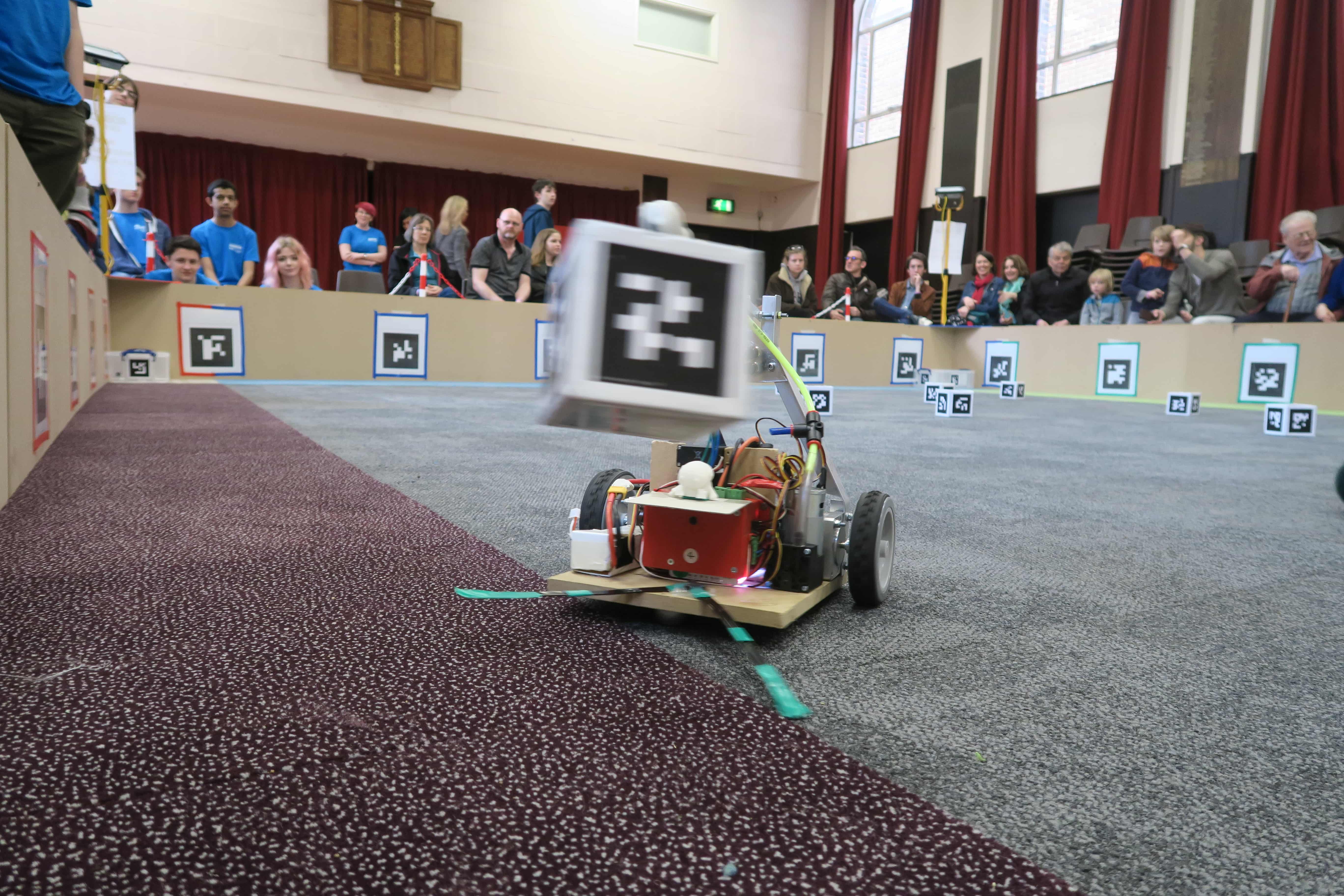 “We are tremendously grateful to our sponsors, and in particular to Cheffins for being willing to support this event. Without the funding and support we could never have managed to build and supply the kits, the arena, the software and the support that are needed for this sort of competition.”

The results of the competition were as follows: 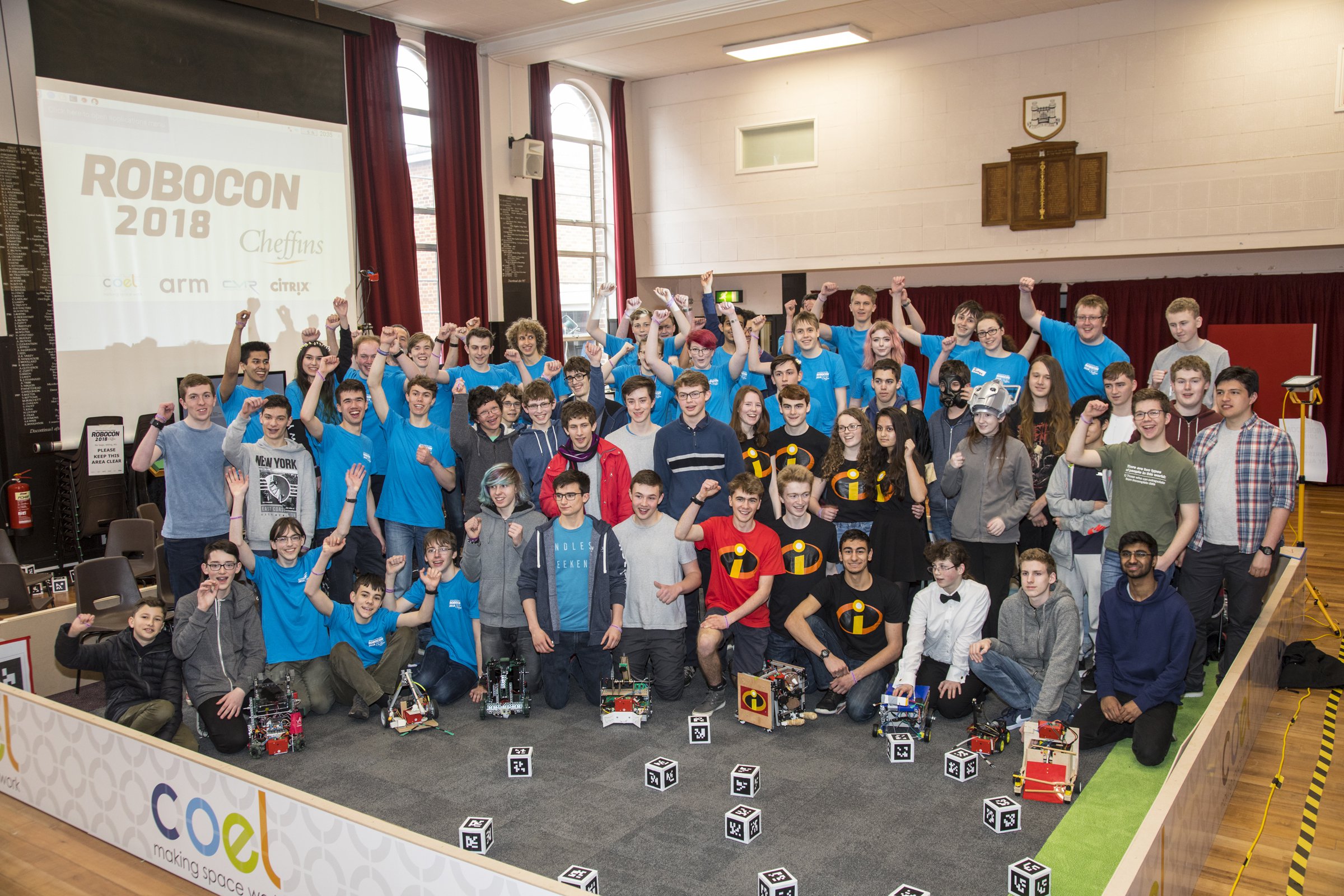