We are the Hills Road Robotics Group, a group of students at Hills Road Sixth Form College, who run a Robotics Competition, RoboCon, as well as competing in Student Robotics. We have competed in Student Robotics every year that it has run since its initial launch, and we were the first team from outside Southampton to participate. However, in 2018 Student Robotics did not run. So we decided to run our own robotics competition instead, and thus RoboCon was born. Every year we now run RoboCon for students in year 9-11.

From 2002-2011 the robotics group entered the FIRST Robotics Competition. This is where the team's name, Systemetric, comes from - the metric system of measurement. The words ‘metric’ and ‘system’ were switched around to create the team name ('System-metric'). The name was chosen as reference to the United States' continued use of the imperial system of measurement, where the UK has changed to the metric system.

Don't Walk. Do The Robot! 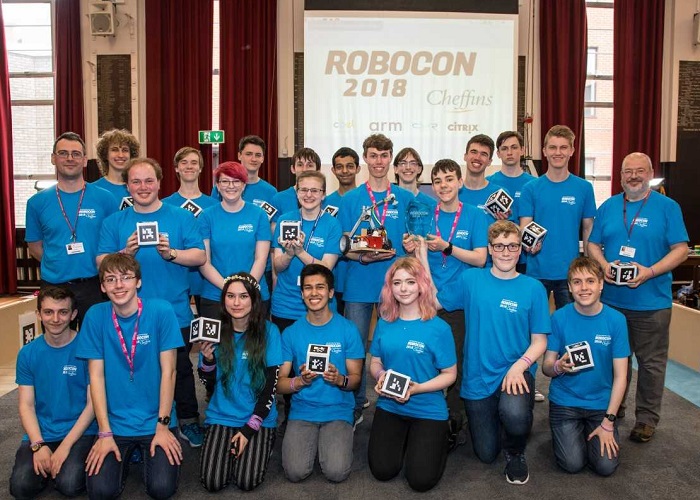 ← What is RoboCon For Teachers →